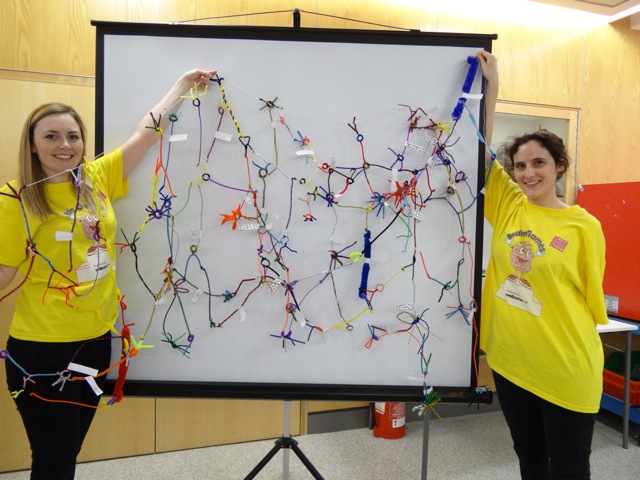 Last week was Brain Awareness Week, a week dedicated to raising public awareness of the progress and benefits of brain research. As part of the campaign, Cardiff University welcomed more than 1700 children and their families to the Brain Games event held at the National Museum Cardiff.

Created by neuroscientists at Cardiff University and funded by the Neuroscience and Mental Health Research Institute and the Society for Neuroscience, Brain Games featured a series of interactive challenges aimed at children aged 8-11 to find out more about how their brain works. As part of one of the challenges, we supplied 500 of our florescent 12mm chenille pipe cleaners in assorted colours, which the children then used to build their own neuron (brain cell). Once the neurons were built, they were then connected together to create a pipe cleaner neuron network, this was to teach the children how neurons “talk” to each other. 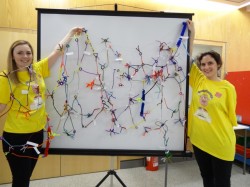 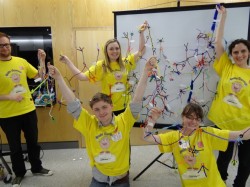 Next years Brain Games will be held on the 8th March 2015, for more information on the Brain Games or on neuroscience and mental health research, please visit: