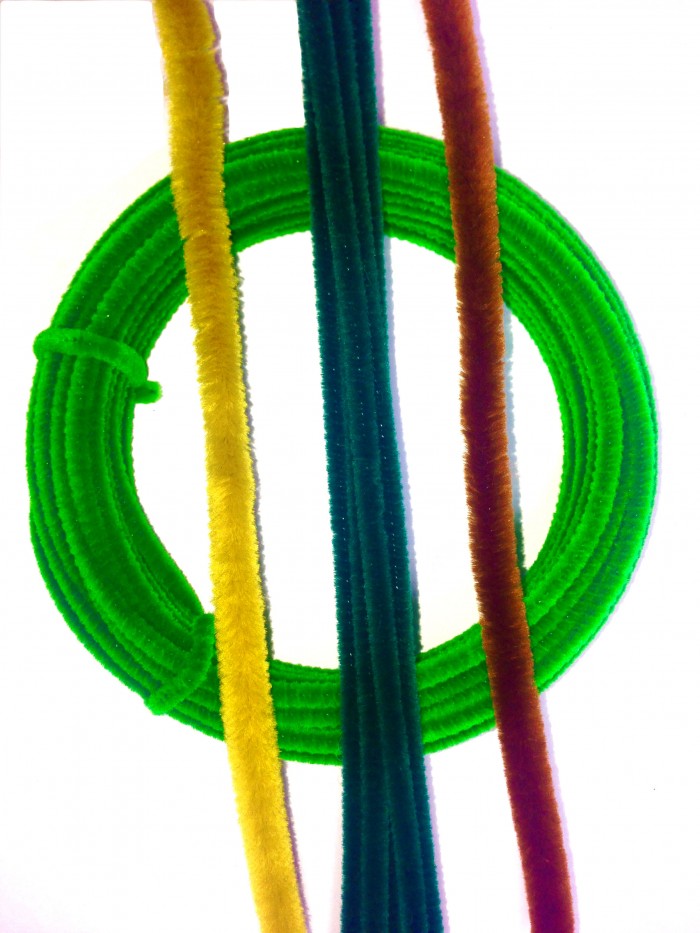 Pipecleaners made by Huddersfield company Hewitt and Booth, are premiering on stage in the show Carousel, at the Chicago Lyric. Coolflight Limited, British Theatre scenic artists, based in London, sought the help of Hewitt and Booth to create trees, destined for the set they have designed and created for the Lyric Opera of Chicago, for the Rogers & Hammerstein musical Carousel, playing April 10 – May 3 2015.
Five Italian stone pine trees have been created and shipped to the US in time for the show. Coolflight initially ordered samples to see if they could create the desired effect with pipe cleaners, then once they had perfected the technique, they ordered enough to make the 5 life size trees. Pipe cleaner coils, 15 metres long, were ordered in nutmeg for the trunk/ branches and in cedar green, emerald green and sovereign gold for the pine needles. Extra stiff wire was used to help the trees self support on stage.
This contract follows hot on the heels of a similar one last Christmas from premier fashion retailer Harvey Nichols, who likewise worked with Hewitt and Booth pipe cleaners to create a 3D forest display for their Christmas window displays.
Richard Nutbourne, Coolflight Ltd commented “We were working to tight deadlines, with a looming on-stage date and were really pleased with how swiftly Hewitt and Booth responded to our brief, producing and shipping on time. Everything has gone well and the show has had rave reviews.”
Viv Jebson, Managing Director of Hewitt & Booth added “It is always refreshing to work on something challenging and out of the ordinary – we’re rather proud to think our pipe cleaners are featuring on stage in the US!”

Scenic Artists for Opera, Ballet and Theatre Companies, film, TV artists and the events industry. Owner / Director Richard Nutbourne studied scenic art at the Guildhall School of Music and Drama and worked with the Royal Opera as a scenic artist, before building up a freelance career and starting Coolflight Lt in 2004.